We would like to welcome international subscribers to Tekstallmenningen!

Our prices are listed in Norwegian kroner (NOK); here is a link to a currency converter. 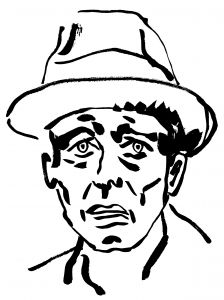 Side Magazine is conceived as a site of research for the fourth edition of Bergen Assembly and is dedicated to the seven characters in The Heptahedron, a play written by the French poet, essayist, and scholar Thomas Clerc in 2016. In order of apparition these characters are the Professor, the Moped Rider, the Bonimenteur, the Fortune Teller, an Acrobats, the Coalman, and the Tourist.

Here you can subscribe to Side Magazine or buy magazines from our store. Your subscription includes all eight issues of the magazine. We ship worldwide.

The price of the subscription is 1000 NOK